For many people stress and anxiety are the symptoms of their high-powered day to day existence. If not managed properly, chronic stress and anxiety may cause many disorders, including insomnia, heart disease, Type 2 diabetes, and cognitive impairment. There are many pharmaceutical drugs on the market that promise to bring peace of mind and relieve the symptoms of anxiety, but many people prefer to look for natural alternatives out of fear of side effects and possible addiction. 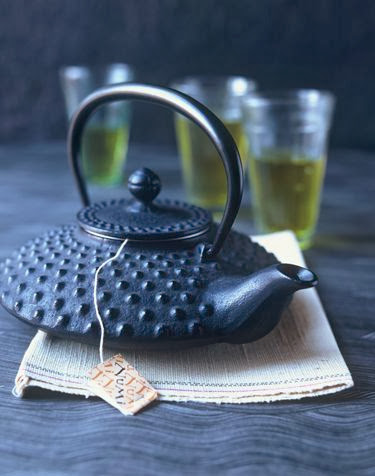 One of the most powerful natural antidotes to stress is L-theanine. L-theanine (gamma-ethylamino-L-glutamic acid) is a non-protein forming amino acid found almost exclusively in the green leaves of the tea plant (Camellia sinensis). The only other significant source in nature is the Boletus badius mushroom also known as Bay bolete. Among other active compounds, Bay bolete contains substantial amounts of L-theanine.

L-theanine was first isolated in Japan, where green tea is part of the culture since inception of Buddhism in the 6th century. Green tea was used traditionally by the Buddhist monks to keep them calm and awake during long hours of meditation. Researchers found out that caffeine ingested in green tea had a different effect on the mind and the body that had the same amount of caffeine from coffee. The excitatory effect of caffeine in green tea was offset by the calming action of a compound that was named theanine. L-theanine constitutes about 50 per cent of the dry protein weight of green tea.

L-theanine is a powerful stress and anxiety reliever. It effectively reduces both, mental and physical, stress. About 30-40 minutes after ingestion, it induces tranquility and a state of deep relaxation without causing any drowsiness or forming a chemical dependence. In fact, it helps to improve attention and concentration. L-theanine is one of the few known substances that easily cross the blood-brain barrier. It exerts subtle changes in the brain chemistry by altering the levels of serotonin, dopamine, and GABA (gamma-amino-butyric acid). L-theanine induces state of well-being and relaxation in four ways:
Encephalographic measurements (EEG) show that L-theanine increases the brain activity within the alpha frequency band (8-13.9 Hz). The alpha state of the brain indicates relaxation, relaxed focus, and increased serotonin production. The slowest alpha waves are associated with the so called twilight state - a deep relaxation state that is usually experienced between sleep and waking. People who meditate begin to access the unconscious mind at this stage of relaxation.

The inhibitory neurotransmitter GABA is considered to be the brain's own tranquilizer. It helps to reduce the excess of stress hormone adrenalin and calm down. It also controls the levels of noradrenalin, dopamine, and serotonin in the brain. Insufficient levels of GABA are associated with anxiety, tension, depression, and insomnia. L-theanine increases the secretion of GABA thus helping the brain to calm itself.

Other benefits of L-theanine

While L-theanine received the greatest attention as a natural anti-anxiety drug, it also has many other benefits as it restores chemical balance in the body:


L-theanine has remarkable cognitive effects. Research shows that L-theanine increases brainwave activity that is normally associated with attention and concentration. It helps to stay centered in spite of stress. Studies show that the substance has remarkable ability to minimize interference from distracting outside stimuli helping at the same time to focus attention. Subjects in the study were able to concentrate on important tasks without getting distracted.

While L-theanine is not a sedative, it significantly improves the quality of sleep and prolongs the duration of deep sleep. Taken about half an hour before bed time, it helps to unwind and fall to sleep. One wakes up rested and refreshed. L-theanine can safely be taken together with melatonin and 5-HTP to improve sleep patterns.

L-theanine appears to act as an antagonist to glutamate receptors and may be useful in treating depression. Stress and depression activate stress hormones known as glucocorticoids. These hormones disrupt brain chemistry and affect mood and memory. Glutamate seems to play a major role in the process. In depressed people glutamate levels in the brain are out of balance. Based on research, drugs that suppress glucocorticoids have been proposed as an effective treatment of depression. L-theanine blocks certain signals produced by glutamate and suppresses harmful effects of glucocorticoids helping to restore chemical balance in the brain.

Research shows that L-theanine may protect the brain from the damage caused by a stroke. It also helps to preserve brain functions such as blood flow in a stroke affected brain area. Moreover, L-theanine protects brain cells against the toxic damage caused by the excitatory neurotransmitter glutamate. After a stroke excess of glutamate in the space between the cell receptors is believed to cause the increased neuronal death. L-theanine appears to modulate this damage. Laboratory tests show that there was no damage in the brains where L-theanine was present before the stroke. These findings also bring hope to the Alzheimer's disease research, as the glutamate toxicity is associated with the neural damage that occurs in Alzheimer's disease. Together with other compounds found in tea, L-theanine counteracts the neuro-toxicity of the harmful beta-amyloid protein commonly found in the brains of Alzheimer's patients. It helps increase the activity of an enzyme that breaks dawn this protein.

L-theanine has been demonstrated to support overall cardiovascular health. It prevents lipid peroxidation of LDL (low-density lipoprotein). Peroxidation of lipids is believed to be one of the causes of atherosclerosis.

Japanese researchers have found that L-theanine minimizes the harmful effect of alcohol in the liver where alcohol is converted to extremely toxic chemical known as acetaldehyde. L-theanine seem to accelerate the digestion of acetaldehyde and to block the harmful free radicals. It increases the levels of glutathione that is normally depleted by the consumption of alcohol and restores the detoxifying capacity of the liver.

L-theanine may also find an application in complementary cancer therapies. It not only inhibits the growth of certain tumors, but also enhances the activity of pirarubicin, doxorubicin and adriamycin - drugs that are used in chemotherapy, reducing at the same time their destructive side-effects on healthy tissues of the patient. L-theanine seems to decrease the tumors ability to get rid of an anti-cancer drug. More studies have to be conducted, but the Japanese scientists T. Sugiyama and Y. Sadzuka are very optimistic.

L-theanine is a versatile natural supplement that helps to restore the balance in the mind and the body. It has no known side effects. It relaxes, restores mood, and rejuvenates. In Japan, where stress is ubiquitous and people even die from work related stress (karoshi death), L-theanine was approved as a food additive in 1964. There are many products on the market, but only products containing Suntheanine® are worth buying. Suntheanine® is enzymatically synthesized L-theanine of highest purity and efficacy. The suggested dose is 200-400 mg a day.

Although L-theanine is safe and has no known side-effects, please, consult your health care provider before beginning supplementation.


*This information is for educational purpose only. It is not meant to diagnose or cure a disease. Please, consult your health care provider before commencing supplementation.

Health Benefits of L-Theanine by Dominique Allmon is licensed under a Creative Commons Attribution-NonCommercial-NoDerivs 3.0 Unported License.
Posted by Beautiful Mind at 4:48 PM

I am thrilled that you found your way here and hope you will find my articles helpful and interesting.

Healthy nutrition, pure water, exercise, proper relaxation, and a positive outlook on life, are the crucial elements that act in synergy to sustain our mental and physical health. To a great degree we are responsible for our own condition.

Our bodies have the most remarkable ability to heal themselves. Sometimes even small changes in lifestyle can reverse conditions that seem to be hopeless. We just have to stop doing what harms us.

Nutritional supplements and state of the art skin care can help you feel and look younger longer. Positive attitude will help you enjoy your journey even more. 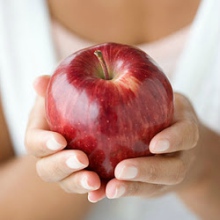 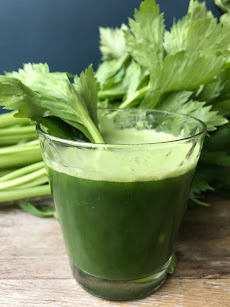 The human body has been designed to resist an infinite number of changes and attacks brought about by its environment. The secret of good health lies in successful adjustment to changing stresses on the body. – Harry J. Johnson 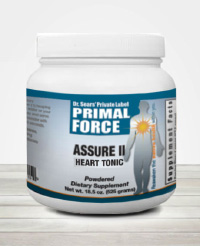 Aging gracefully is one thing, but trying to slow it down is another. - Courteney Cox

Show 5 Show All
The greatest revolution of our generation is the discovery that human beings, by changing the inner attitudes of their minds, can change the outer aspects of their lives. - William James
Don’t wait until everything is just right. It will never be perfect. There will always be challenges, obstacles and less than perfect conditions. So what. Get started now. With each step you take, you will grow stronger, more skilled, more self-confident, and more successful.
- Mark Victor Hansen

Dr. Sears has found the best and easiest way to repair, rebuild and lengthen telomeres. By keeping longer telomeres, your cellular control switch is set on “perpetual youth,” which means your body will create younger-looking and younger-acting cells.

The World’s Most Powerful DNA Formula Unlocks Your “Super Soldier” Genes: Put Yourself on the Road to Longevity, Super Strength, Bulletproof Immunity, and Unbreakable Optimism...
The nutritional ignorance in our culture is astounding, and as long as such ignorance remains so widespread, we will never achieve a health care system that's both effective and affordable. As long as our doctors remain nutritionally illiterate, we will never have a health care system that values educating patients about what they put in their mouths. - Mike Adams 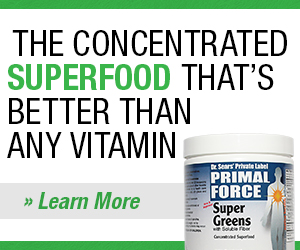